Review by Jay Sandlin, from jaysandlin.com

When 40 young girls become pawns in a bloody civil war, the stakes are high. A special-forces unit is sent to show the world how it’s done. Terror’s worst nightmare, a woman with a gun. 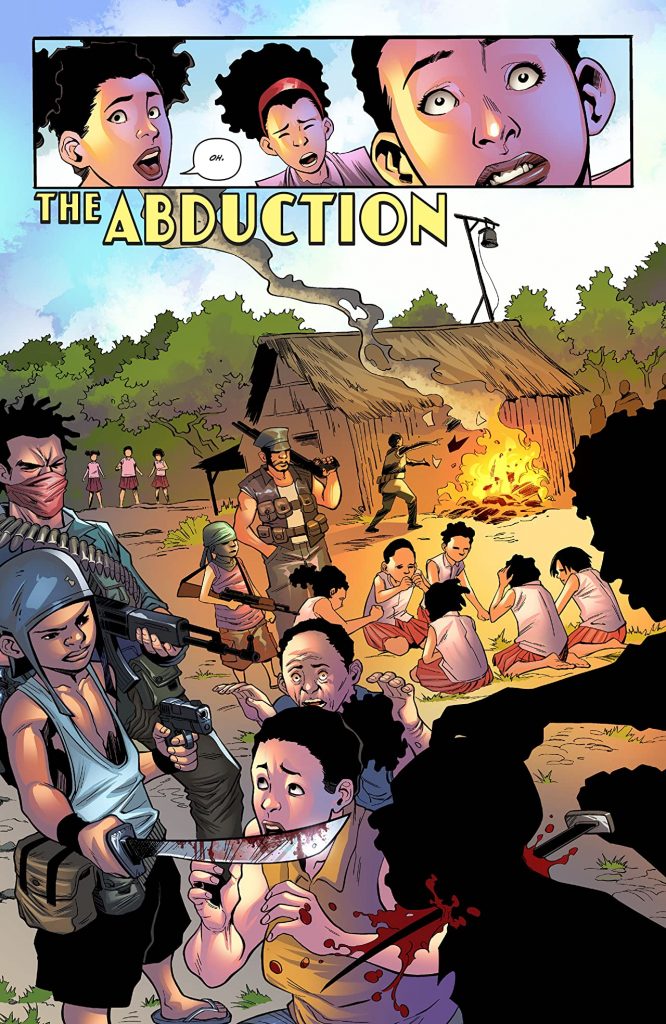 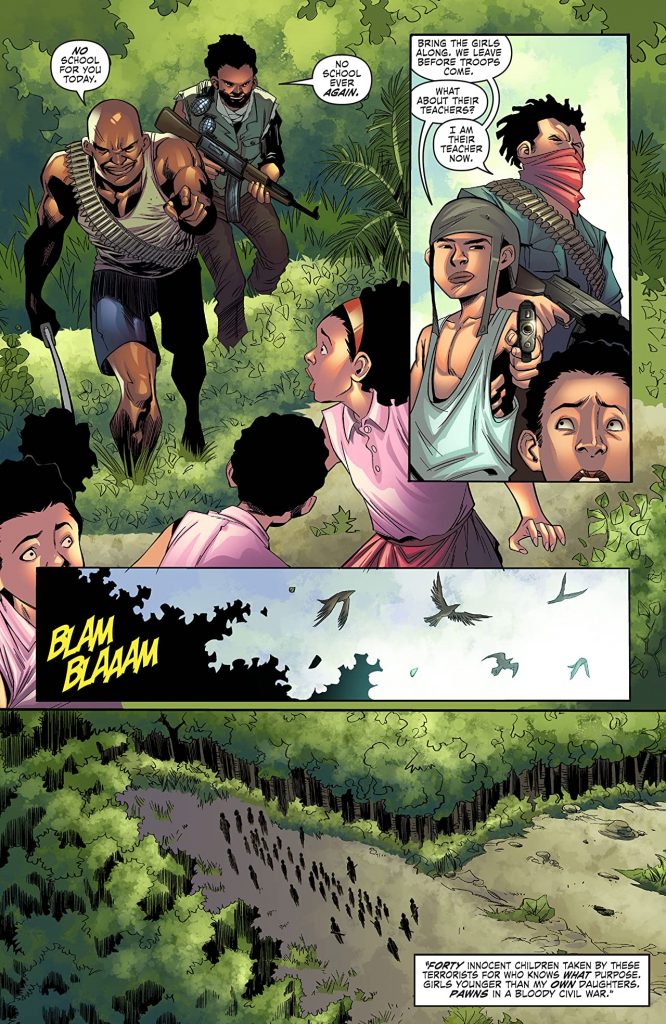 Militia #1 kicks off the series with a BOOMING start! This book hits a lot of points, but at its center is a work of military fiction. Dixon is no stranger to this genre and depicts modern warfare to a great extent, along with loads of personality with dramatic story telling between the characters, intercut with intricate plot lines and sub-plots to continue for the duration of the book. There are many different types of personalities depicted and watching them interact with each other will be the heart of the book.

Dixon structures the book very well, from the opening political response and the military’s reaction in kind. The story gives enough, but not too much and leaves you wanting more, like all good stories do. The line art and coloring are also very well done, adding to the scope and dramatic effect of the story. The layouts, angles and presentation are top notch, as Blackbox is prone to delivering. 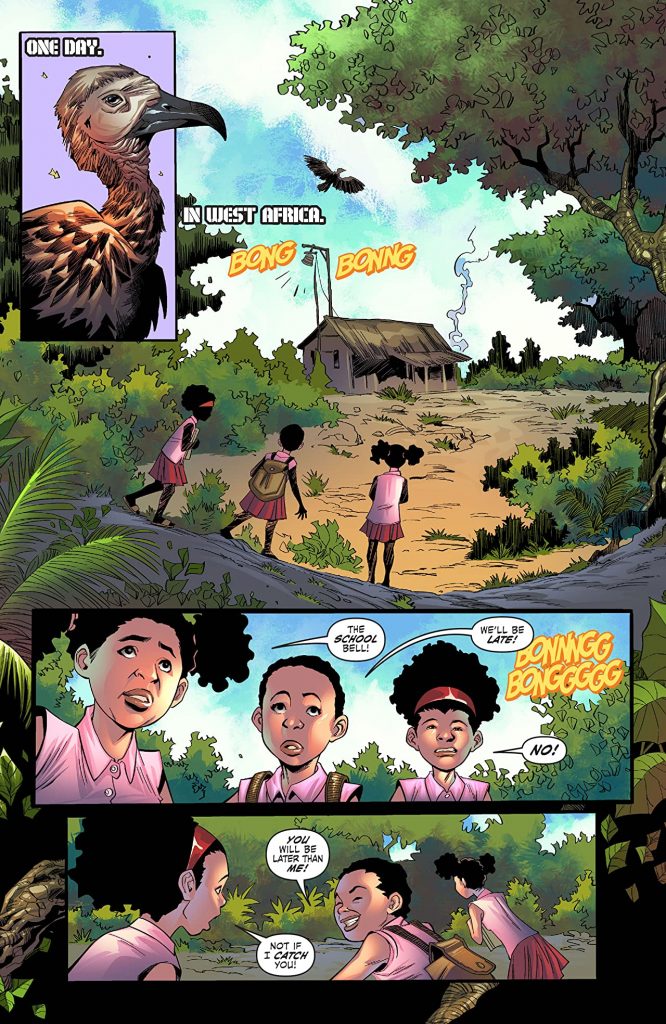